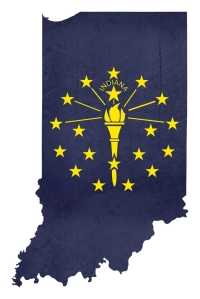 Movoto.com conducted its research on the patriotism of the 50 U.S. states. The website used these criteria in deciding upon the patriotic rankings:

The results? Ohio ranked #17; Kentucky ranked #21; and Indiana ranked #38. (By the way Ohio ranked #4 for veteran funds ranking and #6 for googling “American Flags”.