Do you know where the oldest Cincinnati neighborhood is? Columbia-Tusculum! This part of Cincinnati is even older than the city itself. Learn more about this diverse and interesting part of town: 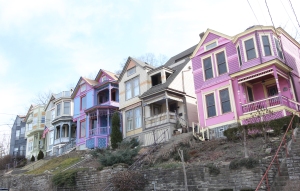 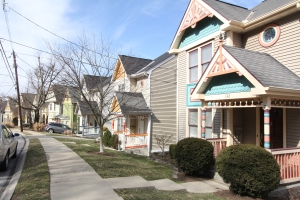 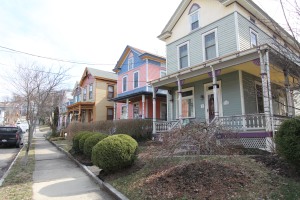 Columbia-Tusculum is located along the Ohio River valley. This historic area features many 19th century homes including “painted ladies”. It is a walking neighborhood with access to three parks and several bike trails. It is a quick, 10-minute drive to downtown Cincinnati along Columbia Parkway.

The site was settled in 1788 by 26 New Jersey settlers and was annexed by Cincinnati in 1873. (It was settled one month earlier than the Losantiville settlement that was later named Cincinnati.) The settlers first built homes along the river banks, but later relocated up the hill due to flooding concerns. There are two original hilltop homes that still exist – the Kellogg house and the Stites house. Today, there are many homes that are on the National Register of Historic Places.

Founder Roger Stites brought 26 settlers down the Ohio River to settle on land purchased by John Cleve Symmes. The group constructed a fort (Fort Miami) as well as some blockhouses and called their settlement “Columbia”. The group faired well in the region, grew corn and had a mill. By 1790, there were 50 cabins and in that year the first school in Hamilton County was established.

In the 1800s, homes were constructed on the hill to avoid flooding problems. These homes reflected the prosperity enjoyed at that point in time. The land was fertile and many found work through manufacturing and the river trade. 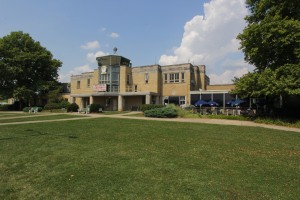 Lunken Airport as established in 1925 with land donated by E. H. Lunkenheimer. That site was previously an Indian burial ground and home to wild turkeys and was called Turkey Bottoms. (Drive down Columbia Parkway today and you see a reference to those turkey bottoms!)

One of the largest landowners was Nicholas Longworth (Cincinnati’s first millionaire.) He had a vineyard located on what is now Eden Park and Alms Park. After his death, his land was divided and was known as Longworth’s Tusculum.

In the late 1800s the area prospered with five groceries, two hotels, two banks and many more local stores and businesses. Many shopkeepers lived above their place of business.

Following WWII and through the 1970’s, many people were drawn to move to the suburbs and Columbia Tusculum went into a decline with its buildings and homes showing their age. The area became home to many people who migrated from eastern Kentucky to the Cincinnati area. In the late 1970’s and into the 80’s, a new migration came back to the area and many of the Victorian homes were restored. This restoration continues through today. Columbia Tusculum also enjoys newly built homes that fit into the character of the neighborhood. (Cincinnati’s first Greenarama home show was in Columbia Tusculum in 2011. Read more here.)

Today, there are many local restaurants available in Columbia Tusculum: 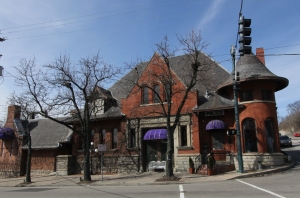 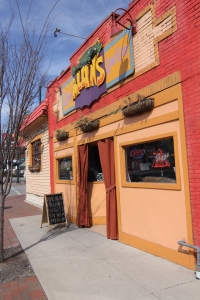 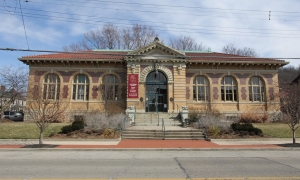 The Carnegie Center of Columbia Tusculum is a gem for the neighborhood. It was built in in 1906 as a gift to Cincinnati by Andrew Carnegie. In 1993, the center was created as a non-profit facility for meetings as well as educational and cultural events. 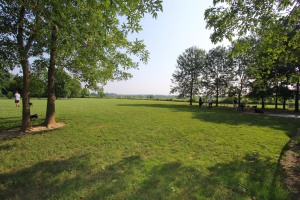 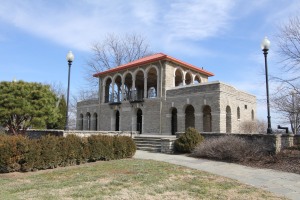 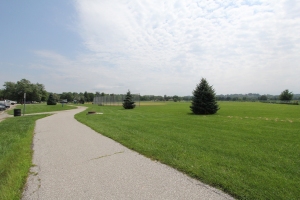 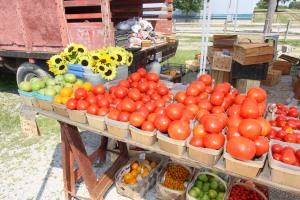 A  community garden is maintained between McDowell and Stanley avenues. For those without green fingers, a farmer’s market is available near Lunken Airport.

The Best View
If you want to experience some great views, head to the top of Sachem Hill for panoramic views of Columbia Parkway and the Ohio River.)

See homes for sale in Columbia-Tusculum.