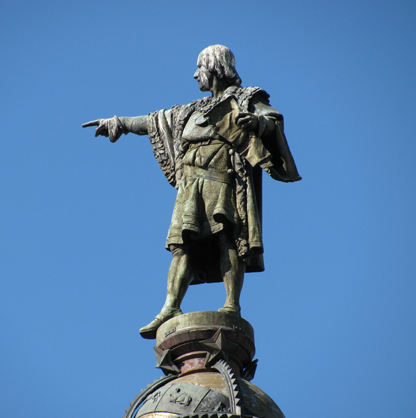 Christopher Columbus arrived in the New World on October 12, 1492. Did you know this discovery is also celebrated by other countries?

Columbus Day was first celebrated in 1906 in Colorado and became a federal U.S. holiday in 1937. Many Italian-Americans celebrate the day in observation of their heritage.

Columbus Day is a legal holiday on the second Monday in October. This day coincides with the Canadian Thanksgiving holiday.

Christopher Columbus never admitted reaching a previously unknown continent. He thought he had reached the East Indies and thus the inhabitants were called “indios” which is Spanish for Indians.

Columbus landed on the island of Guanahani in the Bahamas on October 12, 1492. It took his ships and crew 10 weeks to cross the ocean.

Columbus re-introduced horses to the Americas. (A breed of horse existed in the Americas previously, but had migrated away to other part of the world). Native Americans had not seen horses in thousands of years.

One of the three ships –  the Santa Maria – was wrecked in December 1492 and never made it back home. Columbus returned to Spain on the Nina and left 40 crew members behind. None were alive when he returned in 1493.

Why did Columbus sail the ocean blue?
Trade routes to Indian and China through the Middle East were not easy due to Muslim domination. Columbus thought the earth was very small and that he could sail west to go to the east. And, when he landed, Columbus thought he was in Asia.