Julie Back, Executive Sales Vice President with Sibcy Cline Hyde Park, was honored by the Business Courier as one of 10 Women Who Mean Business on December 7, 2017.

The luncheon presentation included a video from each honoree where they shared their professional stories. Julie spoke about her 24-year career experience. (See an excerpt of Julie Back’s  Courier interview following the photos below.)

Julie has had quite a year in 2017. She has not only been honored as Sibcy Cline’s top-selling agent, but was also number one in sales for the Cincinnati Area Board of Realtors for 2016 and number one in individual sales for the state of Ohio for 2017.

Read the Business Courier article to learn more about each honoree. (Note: If you do not have a subscription, you will not be able to read the entire article.) 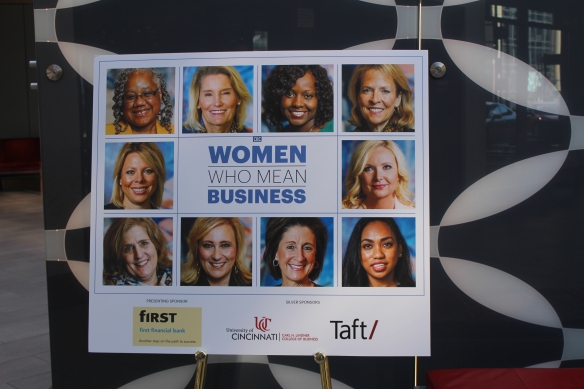 Pat has been with Sibcy Cline Mortgage Services for 32 years and has been involved in the finance profession for 38 years. 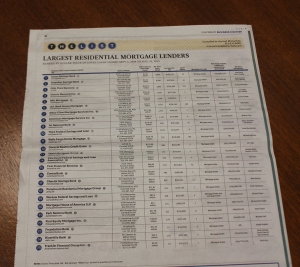 The ranking appeared in the November 13, 2015 issue of the Business Courier.

The Business Courier’s annual ranking of mortgage lenders has been published and Sibcy Cline Mortgage Services made this list among great Cincinnati’s top 25 largest mortgage lenders.

Sibcy Cline Mortgage ranked #14 on the list with over 1,000 local loans closed for $158.2 in loan dollar volume. The company was the only real estate broker-affiliated mortgage company to make the list. 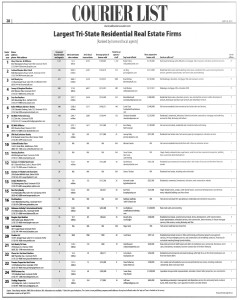 Sibcy Cline Realtors was listed as the number one real estate company on the Business Courier’s list of Largest Tri-State Residential Real Estate Firms as published on May 10, 2013.

“The Greater Cincinnati economy appears to be reversing a long-term trend and should grow faster than the U.S economy next year, a panel of local economists said Tuesday morning…

“Cincinnati is coming out of the recession more quickly and doing so in better shape than the rest of the country,” said (Janet) Harrah, who chairs the five-member Regional Economic Advisory Committee for the Cincinnati USA Partnership for Economic Development and the Northern Kentucky Chamber of Commerce.”

Lisa Bernard-Kuhn, a reporter for the Enquirer says, “…the local economy appears to be recovering from the Great Recession more quickly than other parts of the U.S…This region’s job market is rebounding faster than job growth to continue in 2013.”

This economic committee is predicting 2.4% growth for the Cincinnati region in 2013 overshadowing an expectation of a 2.3% national economic increase.

Why this increase for Cincinnati?

Dick Steve, vice president of forecasting for Integral Analytics (and another economic committee member), states: “We have a great opportunity for a virtuous cycle. Employment growth feeds spending growth, which feeds employment growth, and so on.”

It was a heartbreak loss yesterday for the Cincinnati Reds, but the team should definitely hold their heads up high. They had a great season!

Rob Daumeyer, Editor of the Business Courier, posted a great editorial today called, “Three reasons for all Reds fans to be happy this morning.”

Daumeyer notes the Reds won 97 games this season (only 5 fewer than the 1976 Big Red Machine); that Joey Votto was out of action for 2 months; and the fact the team is young. Read this article here.

There were 44,142 fans in the stands yesterday – the fourth largest crowd in Great American Ballpark history. And next year, there will be as many (if not more) fans rooting for the Cincinnati Reds!

There is a great article by Tom Demeropolis, a reporter with the Business Courier about a Sibcy Cline listing at 8200 Kroger Farm Road. This Indian Hill home was designed by Steve Ginter of Architects II Ltd., built by Camden Homes and with interior design created by John Harrison.

This 10,700 square foot home is part of the Sibcy Cline’s Luxury Portfolio International listings portfolio. It has been viewed by 53 foreign countries, including the United Kingdom, Canada, Australia, India, Germany, Mexico, Bermuda, China and Hong Kong. Listing detail information about this home has been viewed in six foreign languages and seven foreign currencies.

Since mid June, when Sibcy Cline began promoting its higher-end listings with Luxury Portfolio International, Sibcy Cline’s luxury listings ($750,000+)  have had 162,000+ views from the Sibcy Cline Luxury Portfolio web site. This includes views from 93 foreign countries and all 50 states. The information details about the listed luxury homes have been translated in to seven foreign languages and converted into 11 different foreign currencies. 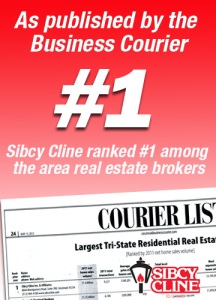 The Business Courier’s annual list of top residential real estate companies was published on May 11, 2012 and Sibcy Cline Realtors was once again ranked #1.

The Courier ranking reported Sibcy Cline had more than double the number of real estate agents with 1,219 sales people versus our competitors. More 2011 statistics: 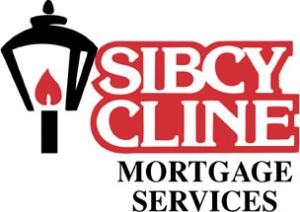 Sibcy Cline Mortgage Services was incorporated in 1983 and offers a variety of loan programs to meet the needs of home buyers as well as the refinancing of mortgage loans.