Forbes recently posted its list of top U.S. cities that offered the best opportunities and Cincinnati was on it.

What does Cincinnati offer? Per Cincinnati Mayor Cranley, the city has more Fortune 100 companies than any other American city. The city also has a strong revitalization of its urban core.

Forbes Magazine created a list of the top emerging U.S. downtowns and Cincinnati, Ohio made the list. The publication noted that younger, college-educated professionals are drawn to urban neighborhoods that are close to their work and offer entertainment and shopping nearby.

Cincinnati’s downtown residential population has increased 12% since 2011 to 13,000 people. 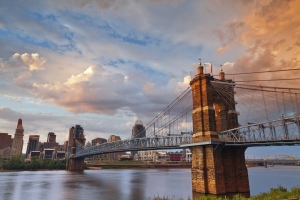 Cincinnati, Ohio has many fine attributes and can now add another: Forbes magazine published its list of America’s Best Cities for Raising a Family and Cincinnati came in at #9!

Why Cincinnati? The article cited the city’s low cost of living among the US metro areas while the household median income is at the national average. Read the article here.

Forbes Magazine has released its Best Schools for Your Housing Buck 2013 and three area schools made the list:

Nine of the schools on the list were from Ohio.

Forbes used school district performance and median home price to come up with their list. See the Forbes report here.

Forbes magazine has an article on the top U.S. cities with emerging downtowns and Cincinnati, Ohio made this list! Downtown Cincinnati saw a residential population increase of 12% in 2011. The article also states that Cincinnati has…

Per this article, college-educated professionals between the ages of 25 and 34 tend to want to live in urban neighborhoods that are near to their work with entertainment and shopping options close by.  These potential home buyers are in the forefront of the expansion of downtown living and play a key role in urban revitalization.

Says, Lee Fisher, president of CEOs for Cities for Forbes magazine, “The cities that capture the mobile, college-educated ‘young and restless’ are the ones who are most likely to revitalized their downtowns and accelerate economic progress in their cities.”

Forbes Magazine conducted research on the best cities for working mothers, and Cincinnati, Ohio came in at #4!

The ranking was determined among the largest populated 50 metro areas in the U.S. Factors included length of commute, cost of living, job opportunities as well as earning potential. Other factors included safety, healthcare, education as well as childcare costs.

Two other cities from Ohio made the list: Columbus at #1 and Cleveland at #7. Read the entire article here.

Did you know? Americans put in the longest workweeks of any other industrialized nation? 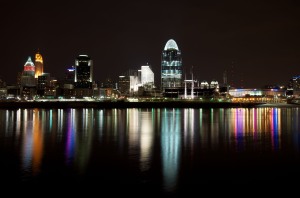 Cincinnati, Ohio has been ranked by Forbes Magazine as one of the best places to raise a family. The results of this ranking were based on median income, cost of living, commuting delays, crime stats, schools quality and housing affordability. Cincinnati came in at #9.

Read an article from wcpo.com about this story.

Hmm. Where to put your roots when you retire?

Per Forbes magazine, one local destination that should be considered is Fort Thomas,Kentucky, which was rated among the top 15 US suburbs for retirement.

Why such a high ranking? Fort Thomas has lots of features that make this area an attractive place to live: