You know it’s fall when it’s time for the Lebanon Country Applefest! This annual festival is celebrating its 32nd year and will be held on September 27, 2014 from 10am – 7pm.

Bring your appetite because you will be able to taste apple fritters, apple pies, carmel apples, fudge-covered apples, as well as BBQ, metts, brats, and burgers.

If you are a Civil War buff, you can enjoy a Civil War encampment on the lawn at Glendower Historic Mansion and experience canon blasts, soldier drills, a hospital tent and more.

Want to peek at some Lebanon homes? Go here.

Fun Facts
Did you know there are 69 million apples are grown worldwide and that the U.S. is the second-leading producer of them? My favorite is “honey crisp”. What’s yours? 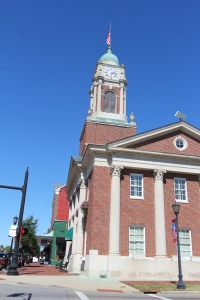 Residents in Lebanon are going to soon be seeing stars – movie stars! A movie called “Carol” is going to be filmed at the Berry Intermediate School in Lebanon, a downtown Lebanon alley and the Shaker Inn Motel.

The production will star the fabulous, Oscar-winning Cate Blanchett. (And I mean fabulous. She is one of this blogger’s favorite actresses, especially in the role of Elizabeth.) Other actors will include: Sarah Paulson (12 Years as a Slave), Rooney Mara (The Girl with the Dragon Tattoo) and Kyle Chandler (Football coach in Friday Night Lights.)

The movie is based on a short story set in New York during the 1950s. It is a love story about betrayal and passion between a department store clerk and an older, married woman.

Look for Cate in the area starting on March 31. The production will be filming through the end of May.

By the way, this movie will also be filming in various locations in Cincinnati including Hyde Park and Over-the-Rhine. A tractor trailer filled with costumes arrived on Fifth Street already. The film crew has been seen in the Ohio Antique Mall in Fairfield several times purchasing set props.

Other movies shot in the region:

Interested in becoming an “extra” for this movie? Email contact information and a head shot to: carolextras@gmail.com. 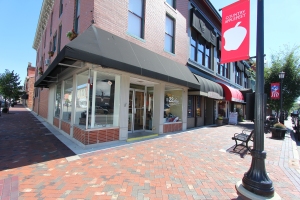 And, speaking of apples, be sure to mark your calendar for the upcoming 31st Annual Country Applefest which will be held in historic downtown Lebanon on September 28, 2013.

All of Lebanon will be filled with food vendors, crafts and entertainment from 10am – 7pm. It’s a great way to kick off autumn!