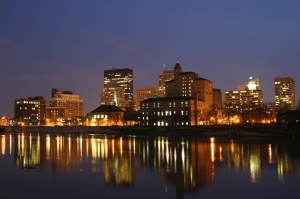 Want to try a craft beer? Head to Dayton, Ohio. This region has seen high growth of craft-beer breweries that have (or soon will be) opened for business:

Calling all beer lovers! The state of Ohio is ranked at number four for the production of craft beer. 980,969 barrels of beer were produced in Ohio. (Only California, Pennsylvania and Colorado ranked higher for production.)