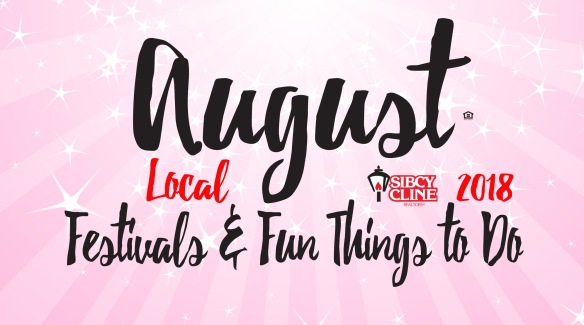 It’s August – and the dog days of summer. Instead of heading to the pool again, why not attend a local festival or concert. This month has so many options – and many are free! Kentucky has its annual Goettafest and the World’s Longest Yard Sale early in the month. Or head to Freaze Pavilion for Bacon Fest in Dayton on the 18th.

Local events for Cincinnati and Dayton, Ohio; Northern Kentucky; and Southeastern Indiana are in order by date. Let us know if we missed something fun to do.

Greenhills Concert on the Commons
August 1, 8 and 22, 2018
Corner of Winton and Garragut in Greenhills (Cincinnati), Ohio
Enjoy the music!

Wednesdays in the Woods
August 1 and 8, 2018
Burnet Woods at 3251 Brookline Avenue, Cincinnati, Ohio
Live music, good and activities for kids

Music on the River
August 2, 9, 16, 23 and 30, 2018
Downtown Lawrenceburg at East High Street, Lawrenceburg, Indiana
Enhoy food, beer garden along with the live music

Party on the Plaza
August 2 and 23, 2018
7850 Five Mile Road at the Anderson Center in Anderson Township in Cincinnati, Ohio
Live band concert and lots of great food.

Party on the Plaza
August 2 and 23, 2018
7850 Five Mile Road at the Anderson Center in Anderson Township in Cincinnati, Ohio
Live band concert and lots of great food.

Midwest Regional Black Family Reunion
August 17-19, 2018
Various locations in Cincinnati, Ohio
This festival is all about the “black family” – from the parade, concerts and food!

Shakespeare in the Park
August 23, 2018
Erlanger Flagship Park, Erlanger, Kentucky
To be…or not to be… Bring your lawn chairs!

Art in the Park
August 25, 2018
Keehner Park Amphitheatre in West Chester, Ohio
Julius Caesar is presented under the stars by the Cincinnati Shakespeare Company